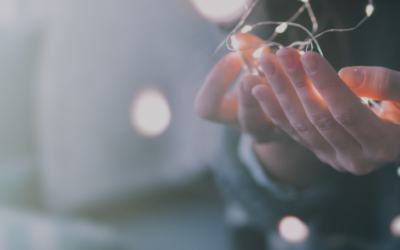 Understanding the Differences Between Donor-Advised Funds and Qualified Charitable Distributions

There are two main methods that can be used to make charitable donations, and each offers its own unique tax benefit. In this video, we’ll explore the differences between utilizing a donor-advised fund and making a qualified charitable distribution.

END_OF_DOCUMENT_TOKEN_TO_BE_REPLACED 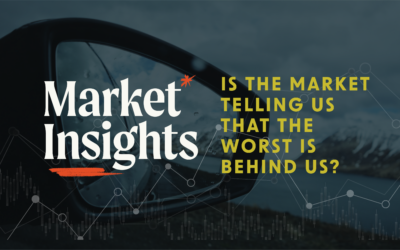 Market Insights: Is the Market Telling Us the Worst is Behind Us?

Last Thursday was the largest single day gain (+5.54%) for the S&P 500 Index since 2020. The Nasdaq Composite (+7.35%) and Dow Jones Industrial Average (+3.69%) had similarly high-flying performance. So, what happened on Thursday, what should we take away from it, and what does that mean going forward?

END_OF_DOCUMENT_TOKEN_TO_BE_REPLACED 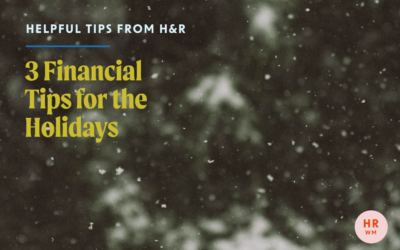 3 Financial Tips for the Holidays

Helpful Tips from H&R: 3 Financial Tips for the HolidaysMary Grace Paoletti, CPA, Financial Planner With the most wonderful time of the year upon us, it is easy to get caught up in both the stress and excitement of holiday shopping. When searching for gifts,...

END_OF_DOCUMENT_TOKEN_TO_BE_REPLACED 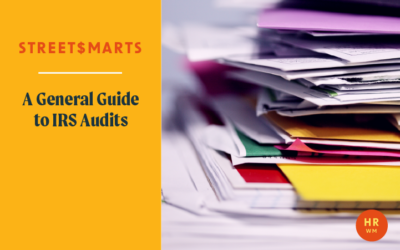 If you haven’t heard yet, the IRS is planning on hiring thousands of new enforcement agents over the next few years. This is causing many of us to get nervous; as we all know that there’s nothing worse than getting a letter from the IRS. And then the next worst thing is finding out that the IRS has selected you or your business for an audit.

END_OF_DOCUMENT_TOKEN_TO_BE_REPLACED 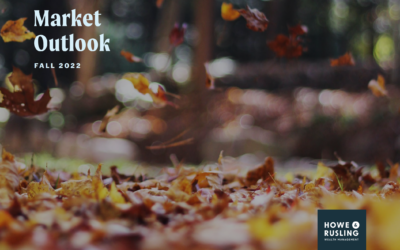 Yet another Market Outlook with a thousand moving parts. Patience is paramount now as we wait for each part to find its spot in this machine we call an economy. Right now, inflation is the problem, and interest
rates are the wrench of choice. The challenge is how hard will the wrench have to be torqued to get the desired results? Will the lug nut break, requiring a modified approach? Perhaps. In the end, we believe patience will be rewarded, and the laws of economic theory will eventually play out.

END_OF_DOCUMENT_TOKEN_TO_BE_REPLACED 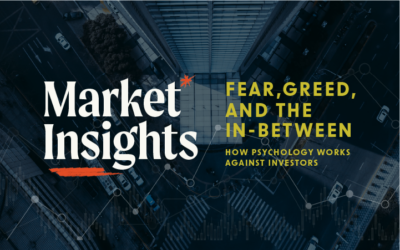 “Let me be clear on one point: I can’t predict the short-term movements of the stock market. I haven’t the faintest idea as to whether stocks will be higher or lower a month or a year from now. What is likely, however, is that the market will move higher, perhaps substantially so, well before either sentiment or the economy turns up. So, if you wait for the robins, spring will be over.” – Warren Buffett in the Fall of 2008

END_OF_DOCUMENT_TOKEN_TO_BE_REPLACED 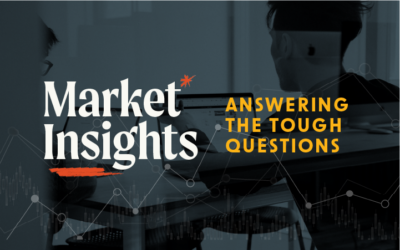 When each of us became an investor, whether we realized it or not, we entered into a deal of sorts with the market. It wasn’t a contractual obligation per se; it was more like a handshake deal with a friend we’ve known for many, many years. We trusted that based on our friend the market’s past behavior (since the 1920s, if you’re referring to the chart below), we had no reason to believe our friend the market would not keep up its end of the deal: to deliver us a return on our investment over the long haul. But in order for the market to do so, we needed to uphold our end of the bargain which was to not throw in the towel early; to not give up on it, despite it weaving off course at times. The handshake deal we entered is just that: we will get a return on our investment if we don’t cut the deal short. When the going gets rough, we have two very important things to rely on: trust and history. And therefore, in order to be fit for investing in the market, we need to in fact be people who are willing to rely on both and, therefore, uphold our end of the deal.

END_OF_DOCUMENT_TOKEN_TO_BE_REPLACED 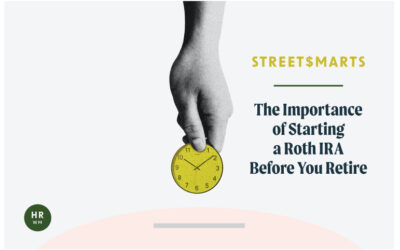 Street$marts: The Importance of Starting a Roth IRA Before You Retire

It’s common knowledge that Roth assets are a powerful savings tool that provide tax-free income in retirement. But a lot of people don’t understand the difference between Roth IRAs and Roth 401k and 403b plans. If you have a large Roth 401k or Roth 403b balance and you don’t have a Roth IRA yet, you’ll want to listen to the rest of this video.

END_OF_DOCUMENT_TOKEN_TO_BE_REPLACED 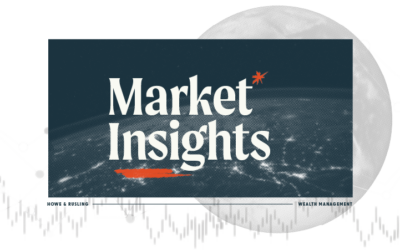 Market Insights: One Foot in Front of the Other

With another volatile week nearly behind us, I think it’s worth revisiting some words I penned at the beginning of this year about my time in the US Army’s Ranger School.