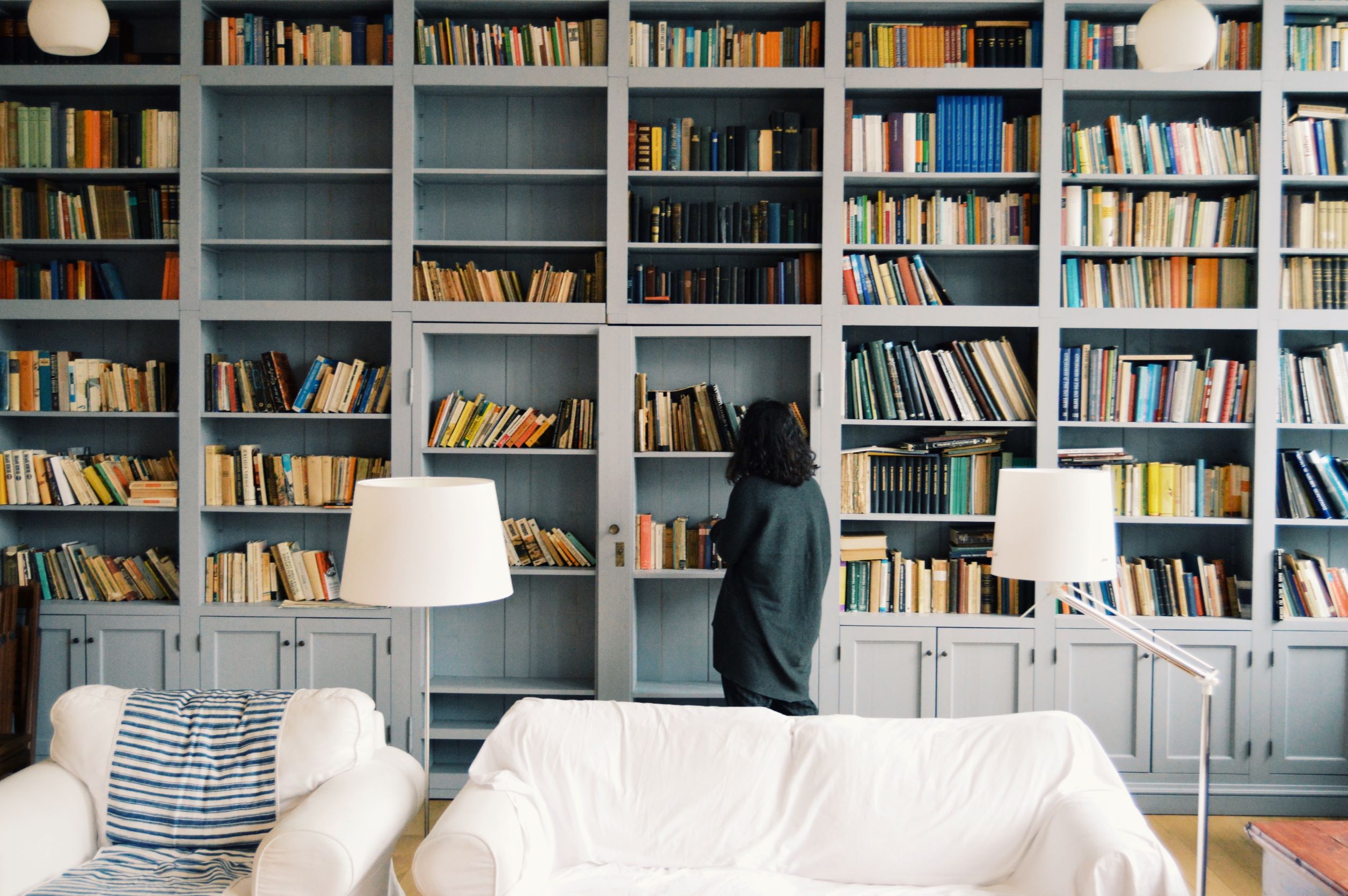 Need a good book to read over the holidays or inspiration for your 2023 reading list? Check out our employees’ favorite reads from this year! 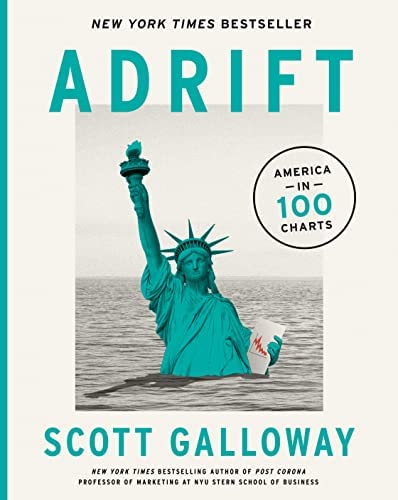 The book includes 100 graphs that slice and dice American culture, politics, economics, and healthcare, among other things. Each graph is a chapter in and of itself, clearly and concisely interpreted with Galloway’s infamous humor (snark) mixed in that tells a story of America’s past and offers Galloway’s take on where we’re headed and who we’ll become as a nation. 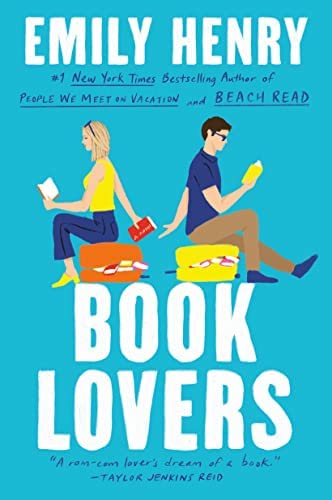 A cutthroat New York City literary agent spends some time in a small town where she may or may not find love. Afresh and funny rom-com that you should read on you next vacation! 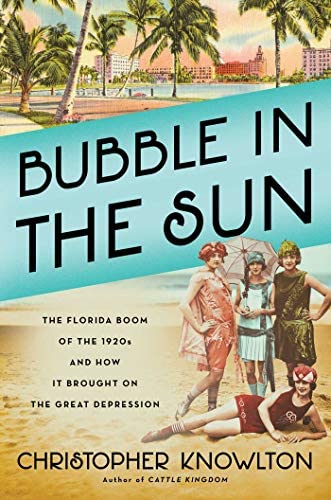 Bubble in the Sun: The Florida Boom of the 1920s and How It Brought on the Great Depression by Christopher Knowlton

The 1920s in Florida was a time of incredible excess, immense wealth, and precipitous collapse. It was the largest human migration in American history, far exceeding the settlement of the West. The parable about rising home and property values is analogous to 2020 and 2021 when home prices were bid up to nose bleeding levels. The Florida we know today, was built in the ‘20s. 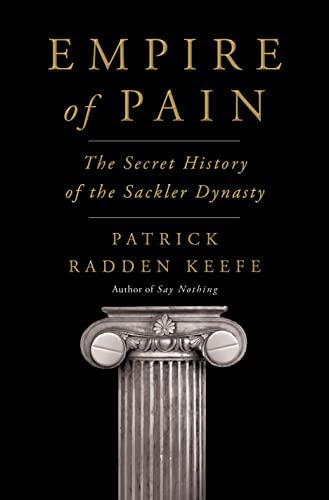 Empire of Pain: The Secret History of the Sackler Dynasty by Patrick Radden Keefe

A grand, devastating portrait of three generations of the Sackler family, famed for their philanthropy, whose fortune was built by Valium and whose reputation was destroyed by OxyContin. Charlie Munger said something to the effect of “Show me an issue, and I’ll show you an incentive gone awry.” This was true of the Sacklers, the big-pharma complex, our current healthcare system and government. 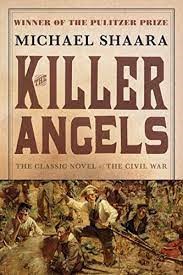 The Killer Angels by Michael Shaara

A classic, and deserving of every bit of the recognition it has received. This is the only Civil War book you need to understand this part of history from an intimate perspective that makes you feel like you’re part of it. It’s about the Battle of Gettysburg and gives a whole new, raw meaning to the ideas of courage, grief, and what it means to be a soldier. 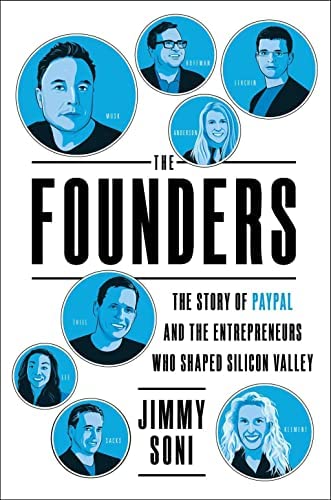 The Founders: The Story of PayPal and the Entrepreneurs who Shaped Silicon valley by Jimmy Soni

Today, PayPal’s founders and earliest employees are considered the technology industry’s most powerful network. Since leaving PayPal, they have formed, funded, and advised the leading companies of our era, including Tesla, Facebook, YouTube, SpaceX, Yelp, Palantir, and LinkedIn, among many others. As a group, they have driven twenty-first-century innovation and entrepreneurship. Their names stir passions; they’re as controversial as they are admired. This is a great look at start up culture, never accepting the status quo, and working relentlessly. 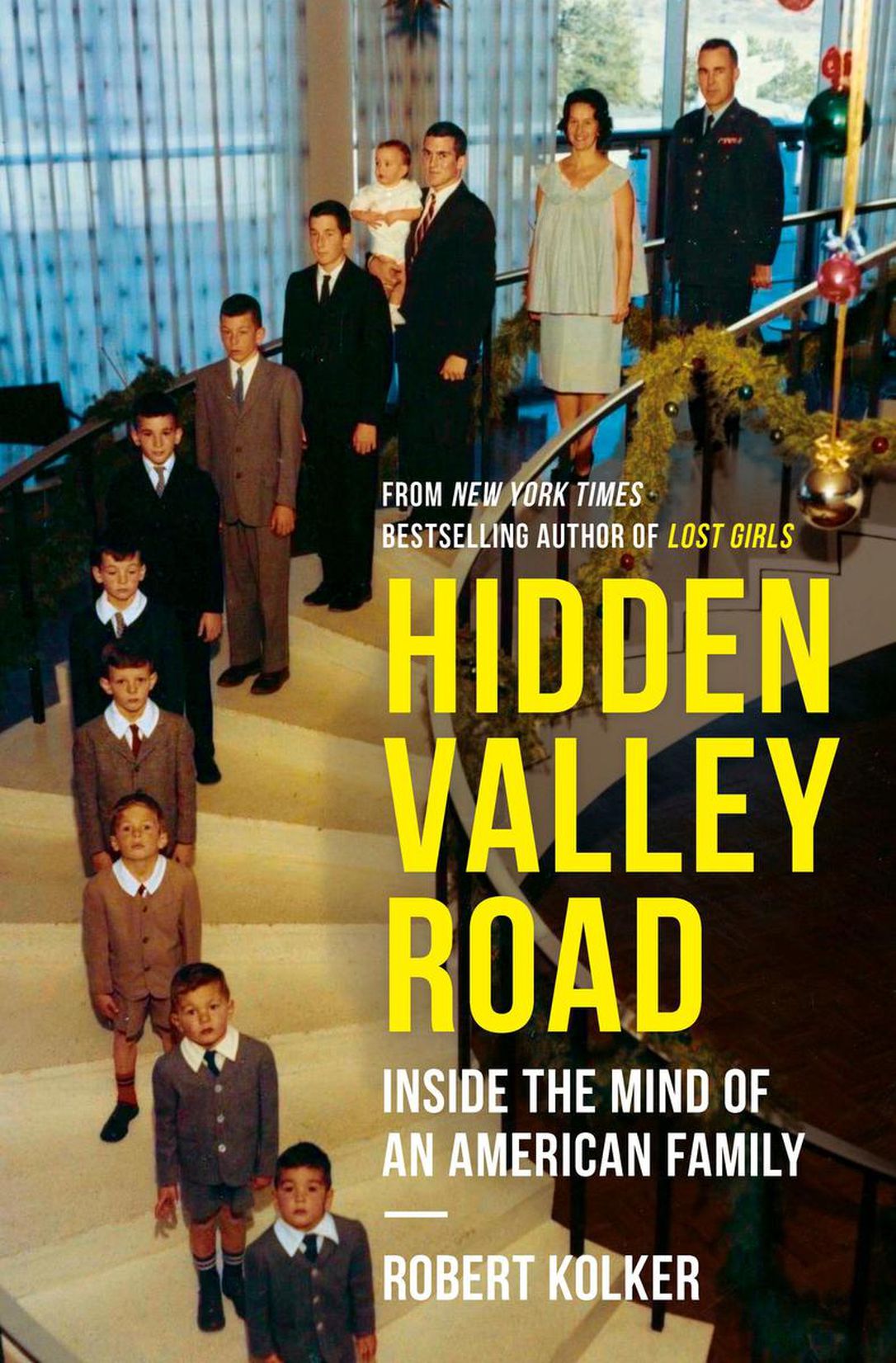 Hidden Valley Road: Inside the Mind of an American Family by Robert Kolker

A heartbreaking look at the Galvins, a family with twelve children, half who are diagnosed with schizophrenia. Kolker dives deep into the family psyche while also exploring the history of medical research on schizophrenia and how the two become intrinsically linked. 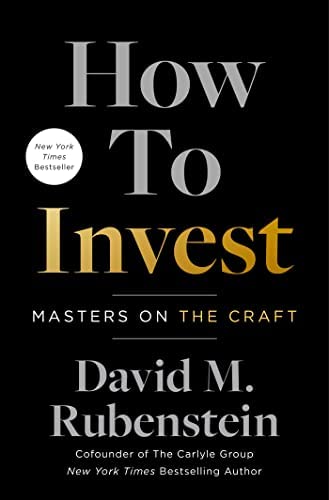 How to Invest:  Masters of the Craft by David M. Rubenstein

David Rubenstein, the cofounder of the highly successful private equity firm The Carlyle Group, interviews some of the world’s greatest investors who are experts in stocks, bonds, venture capital, real estate, private equity, hedge funds, cryptocurrencies and more.  Many of the experts interviewed seldom make public comments, which makes the book an especially interesting read. 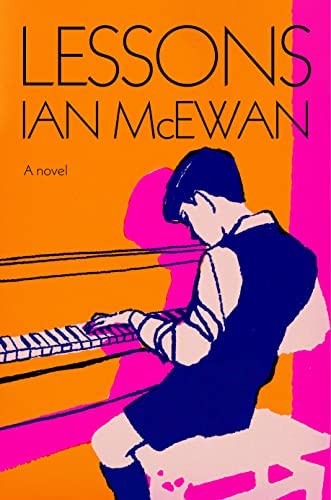 The protagonist accesses his life’s trajectory from childhood to old age, focusing on what he considers to be his wrong turns and disappointments. The book is set against the backdrop of 70 years of major events including the Cuban Missile Crisis, Chernobyl, the fall of the Berlin Wall, and the Covid pandemic and leaves you wondering how global events beyond our control shape our lives and our memories. 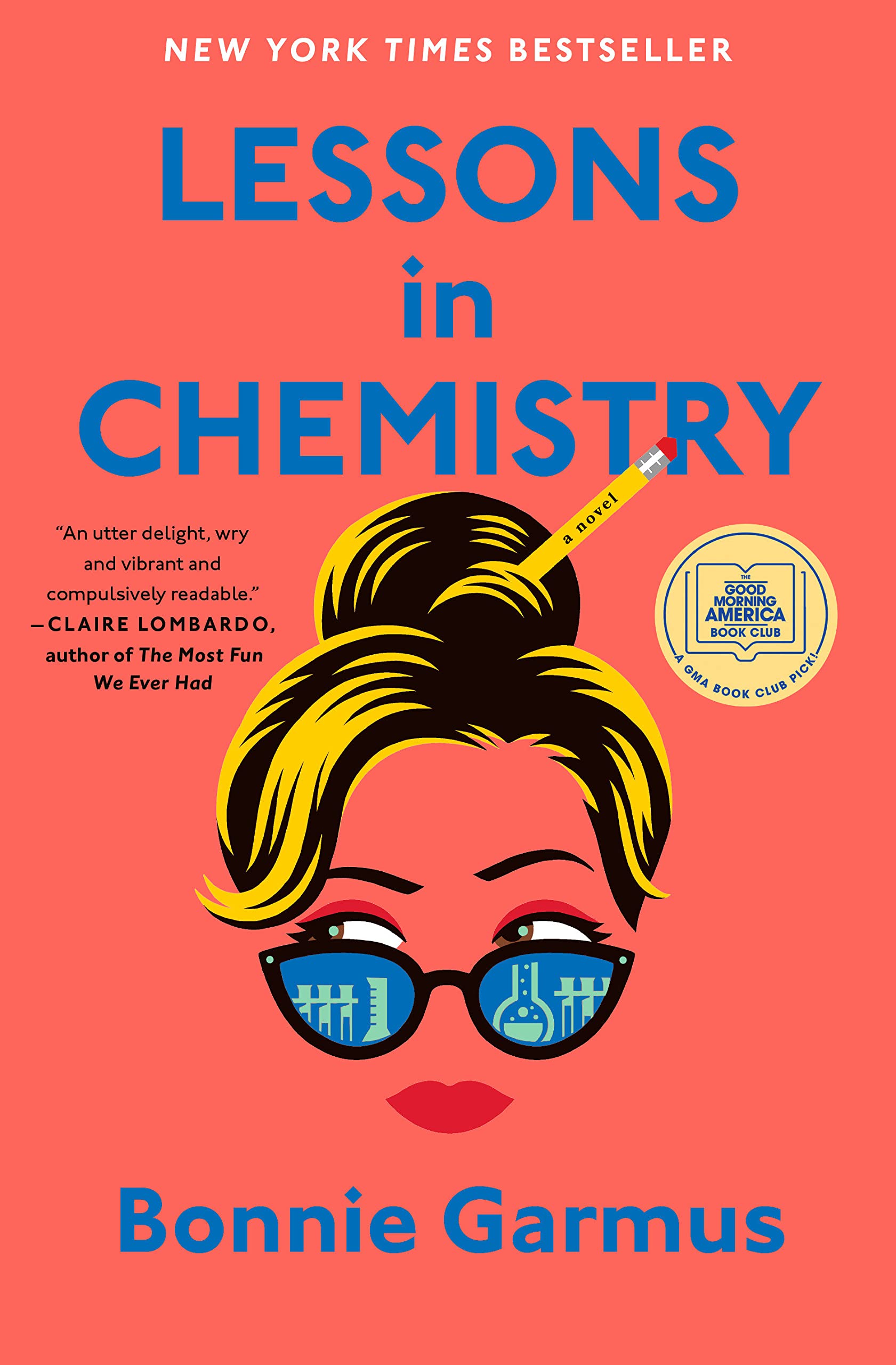 Lessons in Chemistry by Bonnie Garmus

It’s a charming, funny story about a female chemist in the 1950s who overcomes obstacles and changes her life through grit and hard work. Even though it’s fiction, her story will inspire you to change your life!

Agreed–another favorite read from this year! 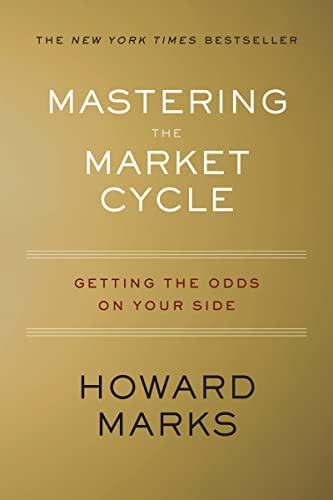 It’s by Howard Marks, what else needs to be said?!?! 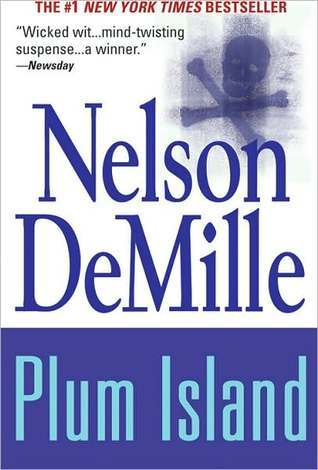 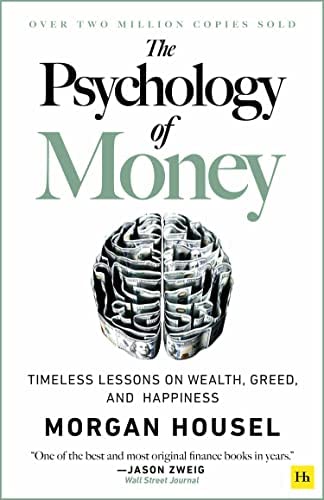 The Psychology of Money by Morgan Housel

A classic and covers some basic concepts on risk management and compounding.   Worth a read for sure and some chapters should be re-read. 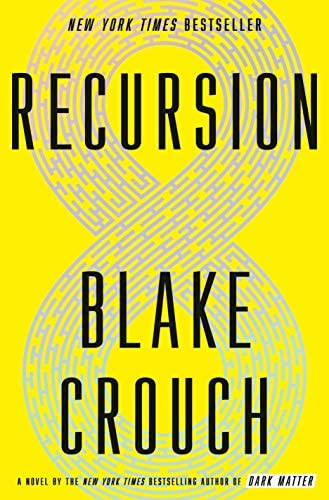 A mind-bending science fiction thriller.  I find this one is best read with no background information as it’s fun to figure out what’s happening along with the main characters.  This is probably my favorite book I read this year. 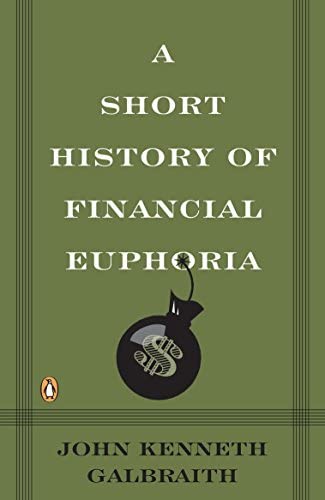 A Short History of Financial Euphoria by John Kenneth Galbraith

First published more than 30 years ago, John Kenneth Galbraith pens timeless wisdom about bubbles in financial markets that is amazingly relevant to the recent euphoric episode in cryptocurrencies and the still developing aftermath.  A short read that should be on any investor’s must-read list. 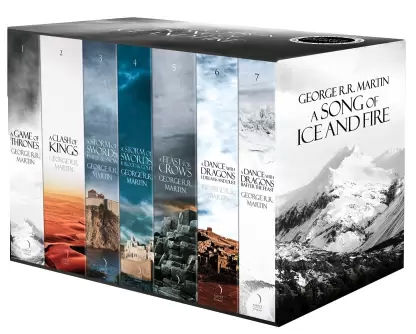 A Song of Ice and Fire Series by George R.R. Martin

As an unabashedly self-proclaimed nerd I highly recommend the audiobook versions of The Game of Thrones books by George R.R. Martin. I read the first five books back in 2012, and, obviously, watched the entire HBO series, and decided to give the books another listen this year during my long commute. The narrator impressively voices innumerable characters, and it is a great reminder of why the first half of the HBO series was soooooo much better than the latter half – the majority of the dialogue came directly from the texts. Now if only GRRM would get around to finishing the series… 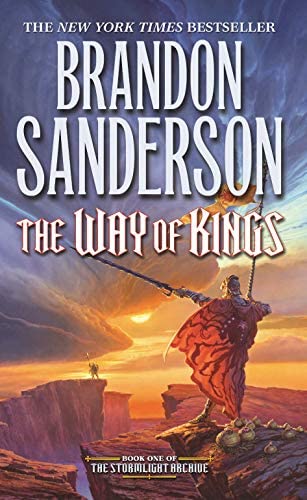 The Way of Kings by Brandon Sanderson

This is a great read for any lover of sweeping fantasy worlds such as The Lord of the Rings series or The Wheel of Time series.  Brandon Sanderson actually completed the Wheel of Time series, writing the final three books when the original author, Robert Jordan, passed away before completing the series.  It is a very long read and takes quite a while to get interesting since the author is building a fantasy world from scratch and has to establish a lot of world building in the beginning.  If you are willing to read through the nearly 400,000 words, the pay off is worthwhile and you will have four more books in the series to look forward to reading. 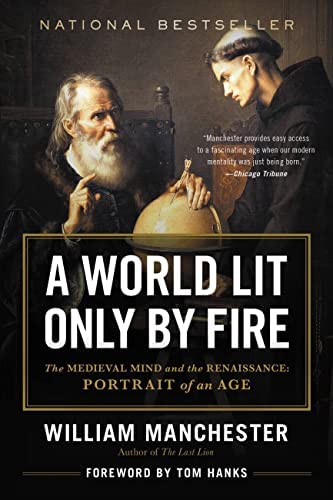 A World Lit Only by Fire: The Medieval Mind and the Renaissance by William Manchester

From tales of chivalrous knights to the barbarity of trial by combat, no era has been a greater source of awe, horror, violence, and wonder than the Middle Ages. History gives us a sense of proportion. David McCullough said: “It’s an antidote to a lot of unfortunately human trends like self-importance and self-pity.” Goodness compounds slowly, so to read what life was like for most people in the middle ages (short, cold, violent, etc.), we should all feel lucky that we were born when and where we were. 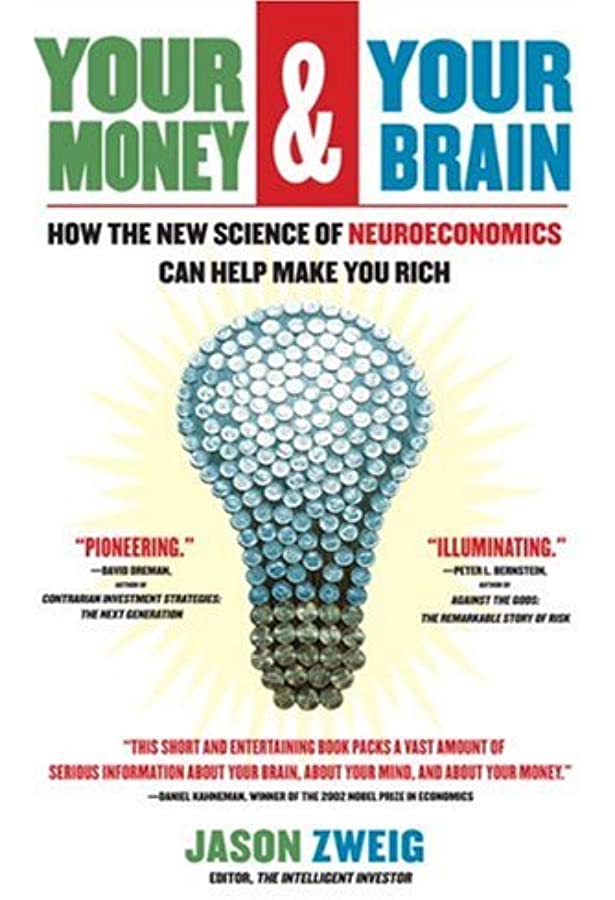 Your Money and Your Brain by Jason Zweig

An important read for any investor, the book dives into the neurophysiology behind our emotional responses to money and investing.  I found that understanding why those emotional responses occur helps avoid having reactions that could lead to potentially detrimental outcomes as an investor.  It’s a dense read with quite a bit of finance and psychology jargon, but the author does a great job of adding in little exercises to break it up and make it an enjoyable read.